Experience
Farooq Khan is a qualified lawyer having previously practised principally in the field of corporate law. Mr Khan has extensive experience in the securities industry, capital markets and the executive management of ASX-listed companies. In particular, Mr Khan has guided the establishment and growth of a number of public listed companies in the investment, mining and financial services sector. He has considerable experience in the fields of capital raisings, mergers and acquisitions and investments.

He is a member of the Audit Committee and Remuneration & Nomination Committee. 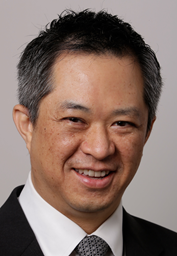 Experience
Victor Ho has been in Executive roles with a number of ASX-listed companies across the investments, resources and technology sectors over the past 19+ years. Mr Ho is a Chartered Tax Adviser (CTA) and previously had 9 years’ experience in the taxation profession with the Australian Tax Office (ATO) and in a specialist tax law firm. Mr Ho has been actively involved in the investment management of listed investment companies (as an Executive Director and/or a member of the Investment Committee), the structuring and execution of a number of corporate, M&A and international joint venture (in South America, Indonesia and the Middle East) transactions, capital raisings and capital management initiatives and has extensive experience in public company administration, corporations’ law and stock exchange compliance and investor/shareholder relations.

Mr Ho is a Secretary of Audit Committee and Remuneration & Nomination Committee.

Experience
Mr Richmond has 30 years’ experience with the Rio Tinto and CRA Groups in a number of positions including: Vice President, Strategy and Acquisitions; Managing Director, Research and Technology; Managing Director, Development (Hamersley Iron Pty Limited) and Director of Hismelt Corporation Pty Ltd.  He was formerly Deputy Chairman of the Australian Mineral Industries Research Association and Vice President of the WA Chamber of Minerals and Energy.  Mr Richmond has also served as a Member on the Boards of a number of public and governmental bodies and other public listed companies.

He is a qualified metallurgist and economist with extensive senior executive and board experience in the resource and technology industries both in Australia and internationally.  His special interests include corporate strategy and the development of markets for internationally traded minerals and metals – particularly in Asia.

Mr Richmond served as Visiting Professor at the Graduate School of Management and School of Engineering, University of Western Australia until January 2012 and is a Fellow of the Australian Academy of Technological Sciences & Engineering, a Fellow of Australian Institute of Mining and Metallurgy and a Member of Strategic Planning Institute (US).

Mr Richmond is Chairman of the Audit Committee and is member of the Remuneration & Nomination Committee.

Experience
Mr Hammond is Group Managing Director and CFO of Mail.ru, a leading European Internet communication and entertainment services group, which is listed on the London Stock Exchange.  Prior to that he was Group Strategist for Metalloinvest Holdings, where he had broad-ranging responsibilities for part of the non-core asset portfolio and advised the Metalloinvest Board on strategic acquisitions and investments. He began his career at Credit Suisse and was Sector Head in Equity Research and in Private Bank Ultra High Net Worth Client Advisory advising on portfolio allocation, strategic M&A and individual investments. As a Technology Analyst at Credit Suisse, he was ranked #1 in the Extell and Institutional Investor surveys 8 times.

He is Chairman of the Remuneration & Nomination Committees and Member of the Audit Committee.

Mr Hammond is also a Managing Director and Chief Financial Officer of Mail.Ru Group Limited (LSE:MAIL) (since April 2011; Director since May 2010; CFO since June 2013).